Waimea (aka Kamuela) is Hawaii’s version of the town so nice, they named it twice, but it’s about as far from New York, NY as you can get. Apparently the post office used to get confused with the letters being addressed to Waimea, Maui, so they gave it an official name of Kamuela, after Samuel (Kamuela) Parker, the founder of Parker Ranch, which is headquartered here. But if you like green rolling hills, lush ranch land, clouds floating by at eye level, and a cooler climate, you’ll love it in Waimea. It’s convenient to both the Kohala Coast and the Hamakua Coast (each spectacular in its own way) and about 90 minutes from both Kona and Hilo.

Browse our Waimea interactive map or use the links provided below. 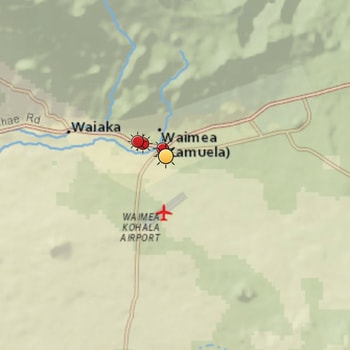